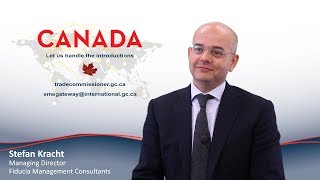 There are a couple of defining factors on the demand side and a couple on the supply side.

Key takeaways: demand is increasing on an ongoing level whereas supply is somewhat constrained.

Let me explain why we think that is with our experience of client work.

On the demand side, let’s start at the highest level.

Population wise, we are talking about roughly 150 million people in China who are 65+ years of age, which is a huge amount people who need late stage medical care, which tends to be far more costly than medical care for younger people.

At the same time younger people are also looking to spend more, so this certain level of health consciousness comes with the growing maturity of the people, which means what you eat, where you live, what you breath, and of course medical care, especially preemptive care that you undertake.

These, coupled together in the situation of the rural-urban discrepancy, gives another uptake for demand which is that the urban sites are pretty far ahead and the rural areas are catching up, both in terms of infrastructure,which means medical equipment, as well as services in general.

Now for the supply side, why do we say it’s more constrained? No.

1, product registration has become more difficult, and we’ll come to that in the next question.

Secondly, the setup that clients have in selling to China has changed based on the Two-Invoice System, which we’ll also address later.

Thirdly, the government has generally made it significantly more difficult in these regulations to import into China these types of equipment,services, products, addons, etc.

Even though the market is growing, you’re not on a parallel level being able to bring in as much as before prorata.

The last point will be financing.

Insurance coverage is spotty at best even though supposedly it’s across urban and rural areas and it’s not.

Then how the whole reimbursement system works:if you’ve been to a Chinese hospital, you have to pay cash first then make sure you get the money somehow from someone.

If you’re talking about those 65+ year olds, who live in the situation of 4-2-1, 4 grandparents, 2 kids and a grandchild, then who’s paying for this and who’s taking time with these grandparents to go to hospital to get that care? So on the demand side we’re positive and on the supply side we see a bit of a squeeze, but of course again for our clients it tends to be positive.

Where it may be slightly less positive over the next couple of years is the Made-In-China 2025 plan, because the clear goal is that 50% of all medical technology in China is to be made and sold by Chinese companies,whereas today we’re talking about a single digit percentage.

This will have to increase massively, and the question of course is: will it be at the cost of foreign importers, or will it be in tandem in a positive view? That’s something that remains to be seen.

I think there’s a consistency in regulatory changes that the government has brought about.

No. 2 is more recently the requirements of Two-Invoice System.

I can explain both of those as brief snapshots.

I’ll put them under the mantle of the anti-corruption drive in general.

The government is looking to clean up the medical industry as it was 5-6 years ago to where it is today, which again we view very positively.

On the CFDA registration side, the main changes in 2014 were, I’d say, everything goes up.

Previously you could have a US FDA approval and with it be on the fast track for approval in China, but that’s no longer possible.

So all of this means that you have a greater difficulty in getting your products registered in China, irrelevant to whether they’re under your own name with your own company in China or through a distributor.

On the other hand there’s a bottleneck on the government side as well, which is you suddenly have so many more applications and so much more complexity, yet because of the anti-corruption you have far fewer experienced government representatives who are going through that process.

So as a result, we’ve seen some of our clients’registration time increase from a year to – the most recent one – 4 years, as an example.

That of course has a massive impact on how you do business.

Before I come to how to do business, let me talk about the Two-Invoice System, what does it mean? Previously as a manufacturer, you would sell to any distributor who would sell to another distributor and so on, up until it got to,in our clients’ case, a hospital.

This meant it wasn’t good from the government’s perspective because of the potential corruption in that system.

From our clients’ perspective it wasn’t good either because it meant any one of these distributors are taking a cut, and ultimately manufacturers are giving up the profitability with increased in-transparency, because they’d have no idea who’s doing the sales to which end customer, which meant that there was alack of control.

So we see the Two-Invoice System positively.

What it means is from the manufacturer to a Tier 1 distributor in China – that can be a daughter company to the manufacturer – and then onto the hospital (the end customer): these two invoices only.

Of course it leads to massive disruption in the market since last year, since many distributors are only there for the reason to somehow facilitate that business.

We expect that, if you just take the number of distributors, more than half of them, according to the European chamber, will go out of business within the next two years, simply because they won’t be able to keep up with the regulatory environment.

One of the key elements in both cases is for clients to keep abreast of that market information and knowledge, and that’s something we provide on an ongoing basis.