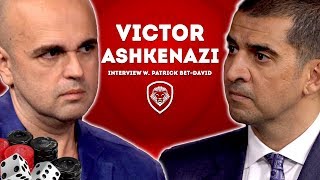 Backgammon grand master Victor Ashkenazi talks about his days as a Goldman Sachs VP, the next market crash and teaches Patrick Bet-David a few moves on the Backgammon board.

Victor Ashkenazi is originally from Moscow. He moved to New York City when he was 25 where he lives today and works as a Vice President at Goldman Sachs.

In 2013, he was voted by his peers as the No. 11 Giant of Backgammon. He brings not just great skill to the game but also a wonderful demeanor and good sportsmanship.