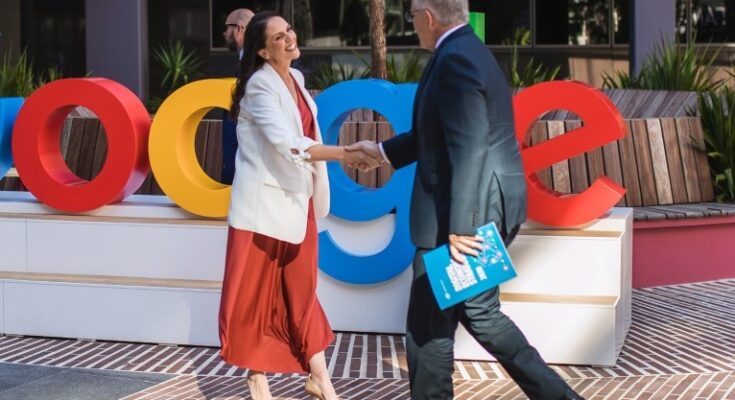 Growth rounds are back. Why the hype?

Growth funding rounds are back in full swing this week, with four scale-ups raising over $ 35 million.

Raising capital in the millions is not the be-all and end-all of startup success, but it does mean more jobs, more M&A opportunities and perhaps offers local startups a better chance to assert themselves against the world's great minds. We think that's reason enough to be excited about these major announcements.

Airwallex: the payment infrastructure of the future

Airwallex raised $ 100 million (A $ 137 million) at a valuation of $ 5.5 billion to expand its commercial banking and payments platform around the world. Yes, that means the valuation of 1.5 billion in just a few months. Lone Pine Capital remained the main investor alongside other existing investors including 1835i and Sequoia Capital China.

Business is going digital, without borders, immediately. Payments and business banking are far from it. Airwallex has a grand, aggressive vision to become the future of global business payments infrastructure.

Airwallex currently has a two-pronged approach. Its SMB banking services – global accounts, forex, cards – account for 40% of its business, while its B2B APIs, which support other fintech products like GOAT (marketplace for sneakers), Papaya Global (HR platform) and Stake (stock broker) drive, make the remaining 60% top up. And the strategy is paying off so far. In the third quarter, Airwallex achieved an annualized run rate of 100 million US dollars with a year-on-year increase in sales of 165%.

Airwallex may need the extra cash to fight Canva for top talent:

Almost everyone we offer a job has Canva offers, I thought we were in a different industry: –

Practice Ignition raised $ 50 million (A $ 65 million) led by US growth corporation JMI Equity. Interestingly, this means that Tiger Global, who led the final round of Practice Ignition in 2019 and is typically aggressive with its investments, stepped down (but they still participated).

Why the hype? Many in the global professional services industry have recognized that they need to digitize their processes and customer interactions in order to be successful now and in the future. Due to its low level of technical maturity, this market was rather unpopular in the SaaS world until recently.

Recognizing that there are already great management tools for SMBs (e.g. Gusto, Xero and Quickbooks) that are not tailored to the specific needs of accounting firms, Practice Ignition centralizes and simplifies apps so that organizations can do everything from Manage from one place.

Sureel Sheth from JMI Equity considers this to be the determining factor:

Guy, Dane and the Practice Ignition team built a category defining business with a world class team. We were impressed by the strength of the product, the committed and loyal customer base and the enormous growth and scaling potential worldwide.

To date, Practice Ignition has helped enable more than 1 million customer engagements and over $ 2 billion in customer payments.

Zoomo: Interruption of delivery on the last mile with small electric vehicles

Zoomo (formerly Bolt) raised AU $ 40 million in equity and A $ 40 million in debt for its electric bicycles and micromobility subscription service that it offers to gig economy delivery drivers and companies that employ them. The capital round was led by Grok Ventures (Mike Cannon-Brookes & Annie Todds VC), supported by Skip Capital (Kim Jackson & Scott Farquhars VC) and ArcTern Ventures.

Gav's Hot Gossip: Paris got married this week after three previous breakups with fiancées. The fourth time is a charm. Ex-fiancée diced.

Look at Rivian, who went public last week. The current market capitalization is $ 105 billion. Aside from the fact that Rivian's large vehicles might make sense for Amazon's last-mile deliveries across much of the U.S., they don't make much sense in crowded cities or for grocery deliveries. The eBikes and mopeds from Zoomo, on the other hand, make perfect sense.

Zoomo says his vehicles are built for couriers who have to drive eight hours a day, complete with large batteries that can carry a worker through the rain on nightly drudgery.

Its partners include Deliveroo, Postmates, Doordash and UberEats.

Why the hype? Faster, easier and cheaper IoT connection. Gartner found that IoT technology passed the "peak of exaggerated expectations" and reached the "valley of disillusionment" last year. It can only be from up there! It is predicted that there will be more than 14 billion connected, low-power devices by 2025. Many of the solid use cases for IoT (utility, mining, defense) can be found in rural areas with little to no broadband coverage.

This is where fleet comes into play. Fleet is building the world's most advanced low-power satellite network and using its in-house nanosatellite technology to ensure global coverage for IoT devices. The fleet's smallsats are the size of a shoebox and generate 10 times more throughput per kilo than larger spacecraft.

Google & Scomo are friends again. After wrangling with the government and threatening to stop Google search earlier this year, Google Australia has now announced its largest investment to date in Australia – with the promise of $ 1 billion in local infrastructure, research, and investment over the next five years. Investing in partnerships and jobs. The funds will be used to start Google's first research center (AI) in Australia and to develop the cloud infrastructure.

Scomo added tons of value and insight in a Google Sydney office Tuesday, stressing that the plan "does not mean that we are trying to be the closest Silicon Valley … Australia's digital strategy is central for securing the [the country’s post-pandemic] upswing ". . ”So the country's future technology strategy will be underpinned by Google? Cool.

Would you like a loan for this Dyson v15? CBA started posting Little Birdie deals on its banking app this week. That's a huge spread for Little Birdie. But do people really want shopping notifications from their bank? Not us.

Stuck on current ideas? Go Crypto! A new (self-service) Crypto.com survey of 2,020 Australians who have dealt with crypto in the past 12 months, found that around 26% would like to buy cryptocentric gifts this Christmas season.

This week the company also announced that it had acquired the naming rights to Los Angeles' most famous arena: Staples Center, now known as the Crypto.com Arena. How can a company that has only existed for 5 years spend $ 700 million on a marketing tactic? ICYMI Crypto is on fire and Crypto.com has overtaken TikTok to become the most downloaded app on the US Google Play Store.

Speaking of which, blockchain startups raised $ 15 billion in venture capital in the first 9 months of this year – almost five times the total investment in 2020.

The increase under $ 10 million

FoodByUs raised $ 10 million for its wholesale grocery marketplace, which connects restaurants, cafes, and caterers with hundreds of food and liquor wholesalers.

“The insects actually move as a pack, they go around together and eat everything. This [also] prevents methane production, so the only emissions emitted by Bardee's system are water evaporation and CO2 from insect breathing, which is not very much. ”

Bardee also expects to sell the insect protein product as food for humans once the Black Soldier Fly is approved by food standards regulators in ANZ. Do you want to fly with it?

Montu raised $ 3.5 million for Birchal for its medical cannabis business, earning him the title of fastest $ 1 million crowdfunding in Australian history – just 13 minutes and 46 seconds.

[cu] Health raised $ 3 million for its virtual corporate office. [cu] Health provides a company's employees with on-demand access to a range of health services to support and improve their health, well-being, and productivity in the workplace.

ClearCalcs raised $ 1.65 million under the direction of EVP with support from Shearwater Capital. ClearCalcs provides engineers, architects and designers with the tools to streamline their calculations on a single platform.

Moodflx has set up a seed round for its "mood navigation system" to support employee wellbeing. The app picks up on trends in the emotional involvement of the workforce and provides specific insights into influencing decisions and resources.

It's about the world

India's largest IPO and crash. Paytm (a partial acronym for “Pay through Mobile”) raised $ 2.44 billion in India's largest initial public offering of all time at a valuation of $ 18.7 billion. However, the market did not react too favorably – the share closed 27% below its issue price on the first day of trading. The answer from founder and CEO Vijay Shekhar Sharma? “This is a new business model. It takes a lot before someone understands it. ”In the meantime, Sharma has netted 54 million US dollars from the sale of its shares.

Paytm offers a range of services including peer-to-peer digital payments, a digital payments bank and an e-commerce platform. India has traditionally been dominated by cash payments. However, Paytm has benefited from people becoming less willing to use physical cash during the pandemic and from recent government efforts to reduce the use of cash. Taxes, please.

Nearly 22 million taxi and rickshaw drivers, shops and other vendors in India now accept Paytm from 337 million registered consumers. The Chinese payment giant Ant and the Japanese technology group SoftBank are among the largest donors.

Casper's unfriendly spirit: the public markets. Boo DTC mattress company Casper plans to exit the NYSE for $ 6.90 per share – a 94% premium over last Friday's closing price, but nearly half the February 2020 IPO price of US $ 12 -Dollar. While sales continued to grow, operating costs, including customer acquisition costs, continued to rise. Not a good signal for the DTC area.

No touching, no talking. Starbucks is using the cash-free technology "Just walk out" from Amazon in a new concept store in New York. Coffee can be pre-ordered and is available upon arrival. Then you can browse the store and move items on and off the shelves while Amazon's technology tracks you and calculates what you keep.

More evidence for Web 3.0. A group of crypto enthusiasts, ConstitutionDAO, invested a staggering $ 47 million in ETH in less than 72 hours to bid for a rare copy of the U.S. Constitution. Unfortunately, they lost to a bidder with deeper pockets. If that had succeeded, the decentralized autonomous organization (DAO) planned to determine the future of the constitutional document by voting based on governance tokens distributed over the Ethereum blockchain. Instead, she has to find out how she can return the money – less gas fees, of course.

For your information, closures are over. Chart of the week goes to the NY Times:

If you have not subscribed to the wrap, register now: