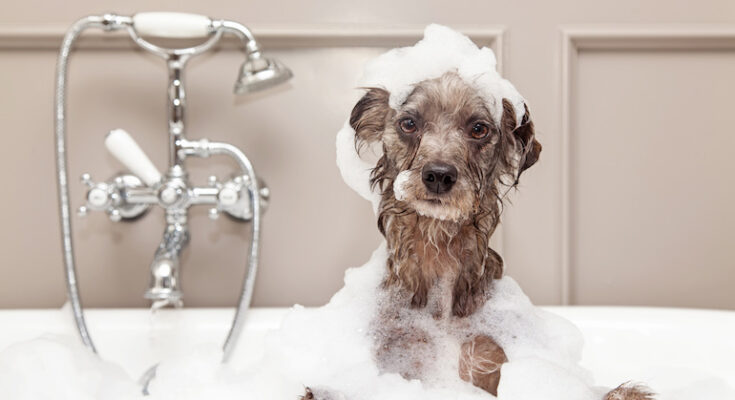 This wrap goes out to subscribers every Saturday for free.
Here is her weekly recap.

The startup ecosystem: level up

VC cannot be seen yet. It looks like 2022 will be the biggest fundraising year ANZ has ever seen. Blackbird, AirTree and Square Peg are slated to plan mega fundraising early next year, which could add more than $ 2 billion to the ecosystem. Rumor has it that SecondQuarter Ventures, which provides secondary funding (a means for early investors and founders to get some liquidity early on), is also raising a large new fund. And new players come into the fight – for example, the artist management company behind Vance Joy and Illy, the Unified Music Group, is expanding into early-stage startup investments.

More fuel. The German retailer Schwarz Group (Lidl and Kaufland supermarkets) acquires the Israeli cybersecurity startup XM Cyber ​​for 700 million US dollars. That means Australian investors Macquarie Capital and Our Innovation Fund are in the money. Exits like these are great because they encourage investors to reinvest and invest more in the local ecosystem.

Fix ESOP (slow). Everyone's favorite topic: taxes! In an attempt to make ESOP tax rules less “complicated and restrictive”, new rules are being tabled in the Australian Parliament that will mean that employees will no longer have to pay taxes on their employee shares when they leave the company. The existing tax regime makes no sense – taxes should not deter people from giving up their employment. Lots of early employees are not well suited to later operations and we've seen lots of examples of ex-Canva, Linktree, Atlassian, etc. then creating other incredible startups and mutual funds. The cap on shares offered to employees is also expected to increase from $ 5,000 per employee per year to $ 30,000. Baby steps.

Founder knowledge bombs. Leigh Jasper shared his tips on global orientation (especially in the US) based on his experience in scaling Aconex.

A must if you are planning to build a global empire.

Key to take away:

Location: Don't assume the US should be your first geographic expansion. Great Britain, other countries in Europe, hubs like Dubai and Singapore as well as some large Asian countries can also be attractive for expansion.
Invest: Building a US presence takes longer and costs more than you think. Make sure you understand where your investment, time, and effort are going to be focused.
Objective: Avoid Aconex's early mistake of trying everything – be selective and specific about your target segments to make sure it's a market where you really stand out from your competitors. Understand customer differences and localize everything.
Team: Move leaders and teams to help Australian employees understand the international market / think globally, ensure knowledge transfer to the newer local team, and help build a common global culture. Bring everyone together (in person). Bring US experience to your board.

Snoopy. Life360, an ASX-listed family tracking company, is purchasing Tile for up to $ 170 million plus up to $ 35 million in loyalty rewards. Known for its lost item trackers, Tile also has valuable partnerships with over 50 different third-party devices, from wireless earbuds to laptops to dog collars. Tile has sold over 40 million devices to date and has over 425,000 paying customers. Life360 plans to create a unified platform where users can stay in touch and track their family members while also keeping track of things like wallets, keys, and remotes.

Powershop is sold out. News of the $ 729 million acquisition of Powershop by Shell and ICG got the tweeters going. Powershop has won tons of customers thanks to its status as a green, ethical energy company. Plus, the gamified app and power buying experience was pretty new when it hit the market at the time. However, the acquisition by Shell (NZX / ASX listed Meridian Energy) means that Powershop's profits will flow back to a company that is expanding its fossil fuel investments. This could be a huge win for disruptive renewable energy retailers like Enova Energy and Amber Electric.

Shares in Australian listed companies that buy now and pay later have fallen an average of about 80% from their highs last year, driven by rising losses and less than expected consumer interest in the product.

Deal fatigue continued. After the British online retailer MySale Group raised its floating plans a few weeks ago, it abandoned its ASX listing and announced that it would reconsider its options in 2022.

Kogan's two blows. Investors are not satisfied with Kogan. The e-commerce giant received a 41.7% vote against its compensation report at its annual general meeting this week – that's two "strikes" (a vote of more than 25% against) in two years. Ruslan Kogan is reportedly the sixth highest paid executive in Australia, bringing in $ 8.99 million. Kogan's share price has fallen from its high of $ 25 in October 2020 to around $ 8 after significant inventory and inventory issues impacted earnings. Gross sales increased 19.2% to $ 432.7 million in the first four months of FY22. Kogan is aiming for 2.3 times this run rate in order to achieve gross sales of USD 3 billion by 2026.

Splash for CaaS. FirstWave Cloud Technology, listed on the ASX, plans to take over network management and IT audit software provider Opmantek as part of an all-stock deal worth around $ 60 million. Opmantek, which targets telecommunications and managed service providers, had revenues of 4 million for the year ended June 30 and is repaying an Opmantek loan of $ 1.5 million.

Cash for IaaS. AUCloud, which is listed on the ASX, collects $ 35 million, with the data center provider NextDC already pledging $ 12.4 million. AUCloud plans to expand its Infrastructure as a Service (IaaS) to Brisbane, Melbourne and Adelaide and expand its customer reach beyond government / defense to the security conscious enterprise market.

Summary of the local raise

Trend of the week: chic fintech

Till Payments added an additional $ 15 million to its $ 110 million collection in September under the direction of Touch Ventures. Till gives companies a platform where they can accept payments anywhere, anytime – online or in-store. This week Till secured his acquiring license in New Zealand, making him only one of five non-bank merchant acquirers in the country.

FIN-PAY raised $ 10 million to take over EFTPOS with a unified payment platform that can accept multiple forms of payment – cards, QR codes, crypto, and SMS.

Zipline raised $ 6 million for its compliance software and kiosk system designed for hospitals and geriatric carers in a Covid world. Zipline states that its annual recurring revenue (ARR) is $ 5 million. The increase was led by EVP and supported by King River Capital.

Riparide raised $ 4 million from Macdoch Ventures and Upswell Ventures. Riparide challenges Airbnb and Stayz with "soul-fulfilling escapes". Caravan, yurt, tipi, old tram or railway wagon, yacht, hotel or hut – the choice is yours. The funds will be used to launch the startup's first three international regions, starting with New Zealand.

Midnight Health raised $ 4 million from spring insurance in exchange for 50% of the deal. We hope the nib offers whooooole lotta value for that much equity. Much like Eucalyptus and He & She, the digital health startup is launching a range of health brands – Youly for women (birth control pills and emergency contraception, thrush, sleep, and HSV-1 and HSV-2 treatments) and Stagger for men (Hair loss). , ED, sleep and HSV-1 and HSV-2 treatments).

HelpPay raised $ 2.4 million for its invoice sharing app prior to launch on Monday. The money paid via the app goes directly to the company that issued the invoice to ensure that the contributors do not overpay.

On social media around the world

Lush drops a social media bomb. Beauty and bath bomb retailer Lush has announced that it will close its accounts on Facebook, Instagram, Snapchat and TikTok until the social media giants better protect users from harmful content. It will continue to interact with its customers on YouTube and Twitter. Chief Digital Officer, Jack Constantine:

"If it happens that the well-being of our customers is endangered due to the channels through which we try to get in contact with them, then something is not right for us."

It seems that social media is addicting on all fronts. This is the second time the company has announced it is leaving social networks and is leaving in 2019 only to relapse due to FOMO. Maybe they should just hire someone who hits them every time they open the "Book:

Related: Interesting article on How Facebook and Google Fund MIT Tech Review Global Misinformation. TikTok recently surpassed 1 billion users outside of China and is said to have overtaken YouTube in average watch time for US users. Owner ByteDance is expected to see sales growth of 60% this year.

Live shopping hits the west. On Monday, Twitter announced the debut of its first shopping livestream, a 30-minute “Cyber ​​Deals Sunday” event on Sunday featuring Walmart merchandise and hosted by Jason Derulo (a singer and TikToker). Twitter is starting a live shopping stream together with Pinterest, Facebook and YouTube – a trend that began in China in 2020, where Alibaba's Taobao Live has the lion's share of live streaming with around 80%.

Shopping under the influence. A shopping app with recommendations curated by social media influencers (aka "Creators"), LTK, is $ 300 million on a $ 2 billion valuation from SoftBank Vision Fund 2 taken – almost six times its previous rating. LTK, which also runs an influencer marketing firm, was founded by fashion blogger Amber Venz Box when she was looking for a way to earn a commission from readers who bought the products she recommended. LTK says it turned 130+ influencers into millionaires by making their posts about shopping and placing them in a central marketplace. This is SoftBank's largest investment in a women-run startup.

Zoom's big business is slowing down. Zoom beat analysts' estimates for the quarter (ending October 31) and made better-than-expected forecasts. Revenue increased 35% to $ 1.05 billion, up 35% and operating profit increased 51%. However, stocks are down 20% this week and more than 30% this year as investors disappointed with Zoom's huge customer growth eaten by Microsoft Teams.

I invited a VC to Thanksgiving. You: