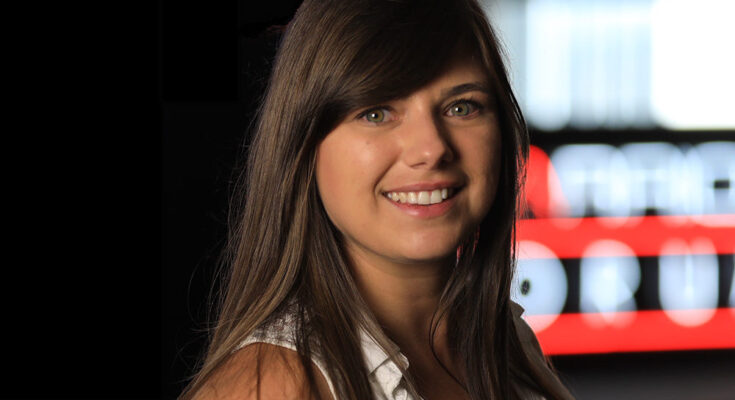 It's season for Talent Wars and Awards

Talent wars. In order to continue to grow, startups need talent. However, the Tech Council of Australia says the skills shortage is the "greatest challenge" facing the technology. Techland in New Zealand would surely agree. To remedy this deficiency, the council has teamed up with the state-funded Digital Skills Organization (DSO).

The Tech Council-DSO partnership will focus on four pillars: data-driven research to identify skill gaps and employers' needs; a strategy for the digital workforce that connects training providers, government and industry; Creating standards for education and training; and connecting educators with employers to create routes to work.

I can't wait to see what's in stock.

Name your price. The Australian startup salary guide 2021/2022 is out. Created by recruiting firm Think & Grow and KPMG, the guide gathers data from over 140 companies and provides market insights from executives at Brighte, Linktree, Blackbird, Hireup, and others.

Think outside the city. Salary is not everything. Atlassian's Scott Farquhar says the software giant has had considerable success in attracting top talent in rural and regional areas. About 30% of the new hires of the software company since the beginning of the pandemic have been more than two hours away from a city center.

Proof that we have global talent. Global promotions from Partners for Growth (PFG) Sydney office, testament to the success of the Australian team. PFG is one of the OGs for venture debt in Australia with close ties to Silicon Valley Bank. Jason Georgatos has been promoted to President and will lead PFG's investment business worldwide. Karthi Sepulohniam will lead PFG's business in ANZ and the Asia-Pacific region.

And proven women in VC are not mystical beasts. Blackbird Ventures is expanding its team and hiring five new employees – four of them are * panting * women.

A bank finally gets the startup memo. BNZ has created a new revenue-based financing offer for SaaS with an ARR of "$ 0.500 million or more" (because the formulation of $$ in the hundreds of thousands is too poor for banks). Don't know what revenue-based finance is? Fortunately, Warwick Donaldson of Tractor Ventures has written a handy guide to alternative finance.

New artesian fund. Artesian opened an office in Auckland and launched a new $ 100 million fund for women executives that only supports startups that are run by women and target female clients. The fund secured its first $ 45 million from a Scale Investors partnership and two corner investors – Hostplus and Legal Super. Alexandra Clunies-Ross, portfolio manager of the fund, explains the reason:

"We often speak to female founders whose interaction with male-run VC firms ends with a 'well, I wouldn't use this product' … and of course they wouldn't, but this inability to see the future Value of female medical products [or] Fintech products for women are a great opportunity for us to achieve risk-adjusted returns. "

Amazingly, none of the ANZ partners are Artesian Frauen.

Vinomofo Palooza. Vinomofo gets into events after acquiring Melbourne-based events company Revel, which hosts events like Pinot Palooza and the Mold Cheese Festival.

Blys expanded its wellness marketplace beyond massage to include hair and make-up.

Space: "The Now Frontier". A new report was published containing 38 recommendations on how the Australian government and industry can drive the growth of the Australian space sector.

This transformation will not only improve our lives, it will also offer Australia real opportunities to become part of a growing and lucrative global space industry.

The federal government announced US $ 41 million in grants for space technology initiatives under the Moon-Mars Initiative.

Start (still) failed. The takeover of Afterpay by Block (fka Square) was temporarily blocked by the Spanish regulators until mid-January. For this reason, the company has postponed its shareholders' approval meeting until next year, but sees no risk to the completion of the transaction.

Trend of the week: record laps. Harrison.ai – Record Series B. Mr Yum – Record Series A and the largest Series A for an Australian startup run by women. Relevance AI – Insight Partners' earliest investment. Unsurprisingly, they are all led by international mega-VCs.

Harrison.ai raised $ 129 million under the direction of Horizon Ventures. Harrison.ai has founded a joint venture with Sonic Healthcare, one of the world's largest providers of medical diagnostics, to develop and commercialize new clinical AI solutions in pathology. The JV will begin diagnosing tissue diseases. This follows another joint venture with I-MED Radiology to develop an AI tool that recognizes clinical findings on chest x-rays.

Mr. Yum raised $ 65 million (A $ 89 million) under the direction of Tiger Global. The mobile order and payment platform was founded in 2018 and today has offices in Australia, the USA and Great Britain with over 1,500 locations that use the app. The startup wants to "build the Shopify for restaurants".

Q-CTRL raised $ 25 million (A $ 35 million) under the direction of Airbus Ventures, including the participation of local investors Main Sequence Ventures and Square Peg. Q-CTRL provides infrastructure software that improves quantum computing performance by addressing the most pressing challenge in the field – hardware failure and instability. Targeting the aerospace, defense, and commercial sectors, the company recently demonstrated its core Q-CTRL technology, which improves the performance of quantum algorithms run on real quantum computers by 2,680%.

Foundry Lab raised $ 8 million (AU $ 11 million) under the direction of Blackbird with GD1, Icehouse, K1W1, Founders Fund, Promus and WNT Ventures. The New Zealand company emerged from camouflage on Monday, saying it is "literally using a microwave but on steroids" to cast metal parts much faster than 3D metal printing. The first targeted use case is to support the R&D teams in automotive manufacturing in developing production-identical, functional metal parts before they go into series production. "It even rings when it's finished."

Particular Audience raised $ 10 million for its product that enables online e-commerce such as The Good Guys to target customers with upsell options at their checkouts. The round was led by Equity Venture Partners and existing investor Carthona Capital.

Relevance AI raised $ 3 million (AU $ 4 million) under the direction of Insight Partners. This is the NY-based company's earliest investment in the area on record. Relevance AI creates a developer-centric vector platform that enables companies to develop AI models to quickly extract insights from unstructured data without the need for labeling or training algorithms. That's pretty amazing.

Veyor raised $ 4 million for his tool that helps the construction industry manage and plan site logistics.

Floatspace raised an undisclosed amount of $ 12 million for its boat rental marketplace.

Jupiter Ionics has raised $ 2.5 million. The startup that emerged from the Technology Precinct of Monash University has found a way to produce "green" ammonia, the most important fertilizer in the world.

Semi-related observation: In these smaller rounds we often see the same old angel investors. For example, this week Adir Shiffman was involved in Floatspace and Leigh Jasper in Veyor. In order for the pool of angel investors to grow, we need more workable rules for angel investing. This week Cheryl Mack wrote a great article explaining why the "20/12 Rule" stifles angel investments and any chance for younger, more diversified people to support startups (other than through crowdfunding).

Jack Dorsey. A big week for Jack Dorsey, who has announced his resignation from the role of Twitter CEO and Square changes his name to Block. The move should help differentiate the Square app (for business) from the rest of the company, which includes the consumer-facing cash app, music streaming service Tidal, and the Bitcoin project Spiral (fka Square Crypto).

I have a feeling someone didn't send me the memo that we all changed our company names this quarter.

Parag Agrawal who joined Twitter in 2011 as an engineer and has been CTO since 2017, will take over the position of CEO of Twitter.

Elon Musk. Elon Musk trolled the internet again, telling people to "whistle Tesla" with a cybertruck-inspired whistle. The pipe sold out in minutes, even though it was tasteless – Tesla is facing multiple lawsuits brought by whistleblowers alleging sexual harassment and racial abuse – and even though they cost $ 50. Tesla's Cybertruck was unveiled two years ago, but production has yet to start. Musk blames supply chain problems. Oh, the company is now also selling an electric CyberQuad ATV for $ 1,900 for kids.

What's a name? Salesforce COO Bret Taylor has been named Co-CEO of Salesforce alongside Marc Benioff. However, Taylor will continue to report to Benioff:

So, instead of the term meaning two executives with equal rights, it now only means two people who work with each other in a boss-subordinate relationship. At this rate, Salesforce could award the Co-CEO label to its entire executive team – if not all of its 57,000 employees.

A reminder to be friendly

Tribute to Jake Millar flowed this week after news of his suicide circulated in New Zealand and its tech community.

He was brilliant, charming, persuasive, curious, at times annoying and naive and some of you will also agree with a total villain.

He inspired a generation of thinkers who were greater than ever, and moreover, he only made age a number and not something to look down upon.

Many are angry with the New Zealand media for spreading unsubstantiated, accusatory rumors and putting undue pressure on the 26-year-old after his media startup Unfiltered was sold in a distress sale in February. You can read an example of what unethical pressure from a journalist can look like here.

Aside from shitty journalism, being a founder and entrepreneur can be very rewarding, but it's also relentlessly tough. It's a wild ride. With the highs come lows, setbacks and often failure. We need to view failure as a normal part of startup life – something that can teach us so much more than our success. It should not be something that we should be ashamed or feared greatly.

"Only those who dare to fail big can ever achieve great things."
– Robert F. Kennedy

If you are having difficulty, please remember that there are many great resources and people out there who will listen and help you, including Lifeline (in Aus: 13 11 14 or 0800 543 354 in Aotearoa).