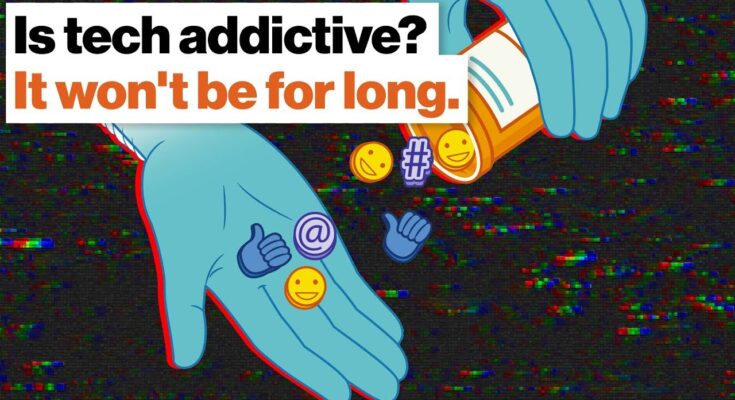 Do we want to be at the mercy of our devices, or do we want to be fulfilled? Cognitive scientist Joscha Bach explains how the big decision we’re coming to in tech ethics will mimic another moment in tech history: the battle of the search engines. In the late 1990s, AltaVista was one of the world’s most used search engines—at least until a “small and inconsequential” startup called Google came along. AltaVista served ads, and Google didn’t (not back then). For the public, the choice was easy; there’s a reason you “Google” the weather rather than “AltaVista” it. We face the same decision now: will we choose tech that harvests our attention and sells it, like highly addictive social media apps; or will we choose tech that is useful to us—products that help us achieve our own goals? “Right now we mostly build applications that utilize the cravings of people, that make them addicted. People start checking their smartphones every few seconds to see if a new email arrived. But this new email is not going to make them more happy and fulfilled.” In the long run, says Bach, technology that aligns with what people want wins. As long as we want the right things, the days of addictive tech are numbered. Joscha Bach’s latest book is Principles of Synthetic Intelligence PSI: An Architecture of Motivated Cognition (Oxford Series on Cognitive Models and Architectures)

Joscha Bach: I remember when the first search engines came around, and back then AltaVista was a very big thing. AltaVista tried to strike a balance between the inconveniences—in terms of advertising and so on that could put off the user—and the utility had for the user. So it would, for instance, mix search results with advertising.

And at this point Google came along. Google was very small and inconsequential, and nobody really took it seriously. But it did an amazing thing: it did give people exactly what they wanted. It gave them a pretty much ad-free experience. It gave them exactly the search results that they wanted, the best ones, the closest ones to what people wanted to have. And Google dramatically outperformed AltaVista. AltaVista disappeared.

That was an amazing insight, to see that if you are in the dramatically scalable economy, like the Internet, where you have the biggest amount of competition that you can possibly have, you need to build a product that is optimally aligned with the interest of the users—unless you manage to get some kind of monopoly and can drive out other competition.

And so when we build new products in that space we have to think about how to build the most useful product. Not necessarily just the product that is going to make the biggest amount of money, that is going to have the most efficient business model in some sense or the best business case. Eventually, it’s going to be the product that is getting the most use by people. And people will find out that they will use what is most useful to them. In the long run, that’s going to be the stuff that is not addictive, that is hygienic, that serves the actual needs, that makes them more happy and fulfilled. And right now we mostly build applications that utilize the cravings of people, that make them addicted. People start checking their smartphones every few seconds to see if a new email arrived. But this new email is not going to make them more happy and fulfilled. Instead, it takes away their attention.

So I believe the next big movement in how we build technical systems will be hygienic technology. It will be how to build systems that are careful with our attention and how we use it, and that is careful with our way of living and what we want to achieve with the tools that we are building.

Why Are So Many Internet Startups Failing Today?

How The Shops Are Getting Killed By The Internet Startups