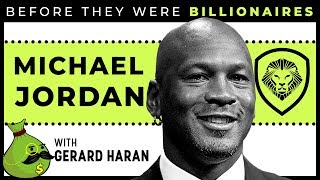 In this episode of before they were billionaires, Gerard dives into Michael Jordan’s story and how he became one of the greatest of all time not only in sports but in business as well.

Follow Gerard Haran and ask him a question @gerardharan

Michael Jeffrey Jordan, also known by his initials, MJ, is an American former professional basketball player. He played 15 seasons in the National Basketball Association for the Chicago Bulls and Washington Wizards.