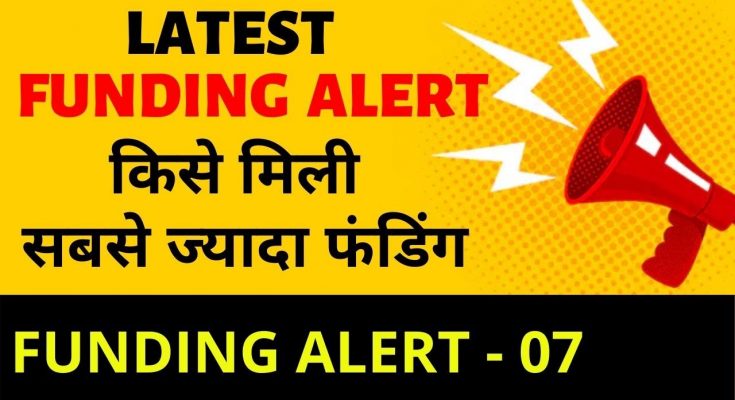 CredR:
CredR has raised $5.31 Million (Rs 38 crore) in a funding round led by impact investor Omidyar Network India along with the participation of Eight Roads Ventures, GrowthStory, and AngelList.
Founded in 2014 by Nikhil Jain and Nitin Mittal, CredR provides a formalized platform for used motorcycles dealers and thousands of auto original equipment manufacturer stores. CredR has more than 50 franchisee showrooms in Pune, Bengaluru, Delhi NCR, Jaipur, Kota and Hyderabad. Customers can choose motorcycles on the website and then complete the transaction by buying them from the nearest CredR showroom or can directly walk into the showrooms and buy the vehicles. CredR has already sold refurbished motorcycles to over 130000 customers.
CredR plans to use the funding to strengthen its position in existing markets and expand its technological and product teams.

Zolostays:
Zolostays has raised $7 Million (Rs 50 Cr) from Trifecta Capital.
Zolostays is a coliving startup which offers affordable housing apartments to young professionals and students. It was established in 2015 by Akhil Sikri, Nikhil Sikri, and Sneha Choudhry. Zolostays operates over 400 properties across ten cities in the country including Bengaluru, Chennai, Kota, Delhi, Mumbai, and Coimbatore.
Zolostays will use the funds to increase its capital expenditure investments, product innovation, and geographical expansion.

Ecom Express:
Ecom Express, a logistics startup has raised $36 Million (Rs 250 Cr) from CDC Group. Ecom Express was established in 2012 by TA Krishnan, Manju Dhawan, K Satyanarayana, and Sanjeev Saxena. The startup provides express delivery services for the ecommerce industry. Ecom Express currently operates in over 2400 cities, and reaches more than 26000 pin codes.
The funds will help Ecom Express to intensify its mission of increasing footprints in towns and rural areas of the country. The funds will also be used for hiring manpower.

Shadowfax:
Shadowfax has raised $60 Million (Rs 430 Cr) from Flipkart. Eight Roads Ventures, NGP Capital, Qualcomm Ventures, Mirae Asset Naver Fund, and International Finance Corp have also participated in the round.
The logistics startup, Shadowfax was founded in 2015 by Abhishek Bansal and Vaibhav Khandelwal. Shadowfax enables the delivery of 10 million monthly shipments across multiple segments ranging from hot food to grocery to fashion and electronics. The client list of Shadowfax includes Swiggy, Amazon, Paytm, Snapdeal, and BigBasket.
Shadowfax plans to use the funds to improve its technology, recruit and increase the number of shipments to more than 100 million a month.

CarDekho:
CarDekho has raised $70 Million (Rs 500 Cr) from Ping An’s Global Voyager Fund, Sunley House Capital Management, Sequoia India aur Hillhouse.
Formed in 2007 by Amit Jain and Anurag Jain, CarDekho is a marketplace for used and new cars. The company is actively working with over 4000 new auto dealerships and 3000 used car dealers across India. To provide a superior experience for both buyers and sellers, Cardekho has collaborated with more than 10 financial institutions and 18 insurance companies across the country to facilitate used car financing and insurance. CarDekho has also marked its presence in Indonesia and the Philippines.
CarDekho will use the funds to strengthen its transaction businesses and expand its international footprint.

PhonePe:
Flipkart-owned digital payments company PhonePe has raised 83 Million (Rs 586 Cr) from its Singapore-based parent company Walmart.
PhonePe was founded in 2015 by Sameer Nigam, Rahul Chari and Burzin Engineer and was acquired by Flipkart in 2016. It is the first payments app to be built on United Payments Interface (UPI).
PhonePe will use funding will be used to strengthen its position in the thriving payments segment in India where it competes with the likes of Paytm, Google Pay, Amazon Pay, among others.
#ezonomics #PhonePe #latestfundingalert #StartupFundingExplainedinHindi #IndianStartupFunding #PhonePe #CarDekho #Shadowfax #Ecom Express #Zolostays #CredR #businessknowledge #businessfunding #businessfundingideas #fundingsolution #venturecapital #funding